The British Association standard thread form is recommended by the British Standards Institute for screws smaller than 1/4 instead of BSW and BSF threads. BA threads are similar to Whitworth threads in terms of rounded crests and roots except that the symmetrical angles are 47 degrees and 30 minutes and the crest and root radiuses are proportionately larger. This thread system was first developed in Switzerland as a standard for small components in clocks and watches. It is sometimes referred to as the Swiss small screw thread standard. Use of the BA thread in the United States is limited to small tools typically for export. Thread Check Inc offers BA thread plug gages in sizes from BA 0 ‐ BA 16. 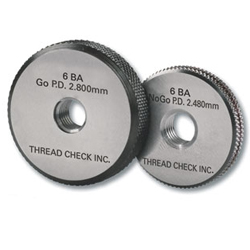 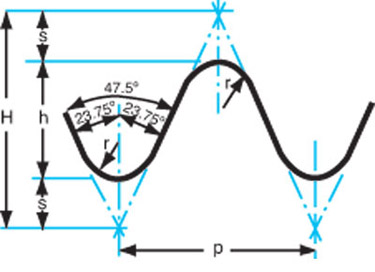