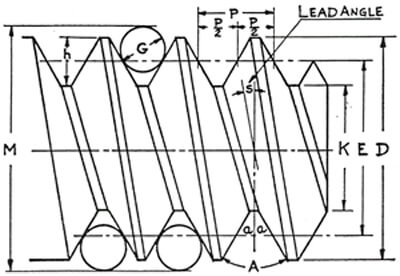 In regards to the Three Wire Thread Measuring method, the following is an excerpt from page 35 of FED-STD-H28.

“The accurate measurement of thread pitch diameter, which may be perfect as to form and lead, presents certain difficulties which result in some uncertainty as to its true value. The adoption of a standard uniform practice in making such measurements is, therefore, desirable in order to reduce such uncertainty of measurement to a minimum. The so-called “three – wire method” of measuring thread pitch diameter, as herein outlined, has been found to be the most generally satisfactory method when properly carried out, and is recommended for universal use in the direct measurement of thread plug and thread setting plug gages.”

2. PITCH-This is the distance from a point on the screw thread to a corresponding point on the next thread measured parallel to the axis of the thread. It is represented by the letter p. (p=1/n).

a. FED-STD-H28 uses the Greek letter alpha “?” for ½ included angle of Thread (Axial Plain). In Appendix A, we use the English “a”.

3. DEPTH OF THREAD- This is the distance from the crest to the root of the thread measured perpendicular to the axis of the screw or nut. ** It is represented by the letter h.

6. MINOR DIAMETER- This is the smallest diameter of the screw or nut. On the nut it corresponds to the tap drill size. ** It is represented by the letter K.

7. LEAD ANGLE- This is the angle made by the pitch helix, with a plane perpendicular to the axis. ** It is represented by the letter s or .

NOTE: The reader is invited to refer to FED-STD-H28 and ANSI B1.7 for additional definitions having to do with elemental and dimensional information concerning screw threads.

The following approximate formulas for computing the pitch diameter, from the measurement over wires, should be used only for screws having lead angles from 0° to 5°. These formulas neglect the effect of lead angle and give results which show the screw to be larger than the true condition. The formulas are for any wire size which will fit in the thread. 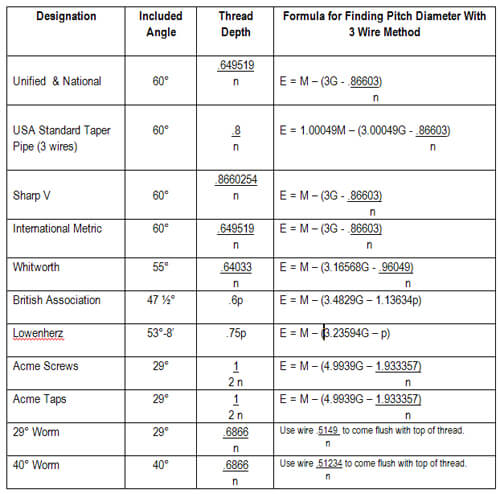 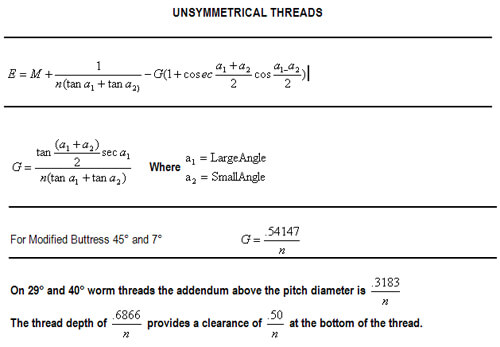 When cutting or grinding a screw thread, it is desirable to know what the measurement over wires would be for a screw of the theoretical basic size. The following approximate formulas are the same as those on the preceding page, but transposed and referred to the basic outside diameter of the screw. The same qualifications apply as were listed on the preceding page. 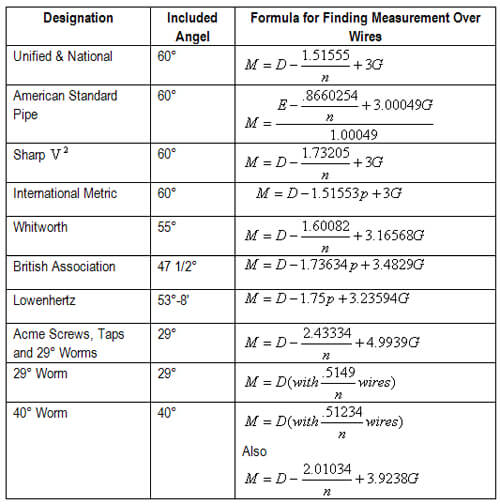